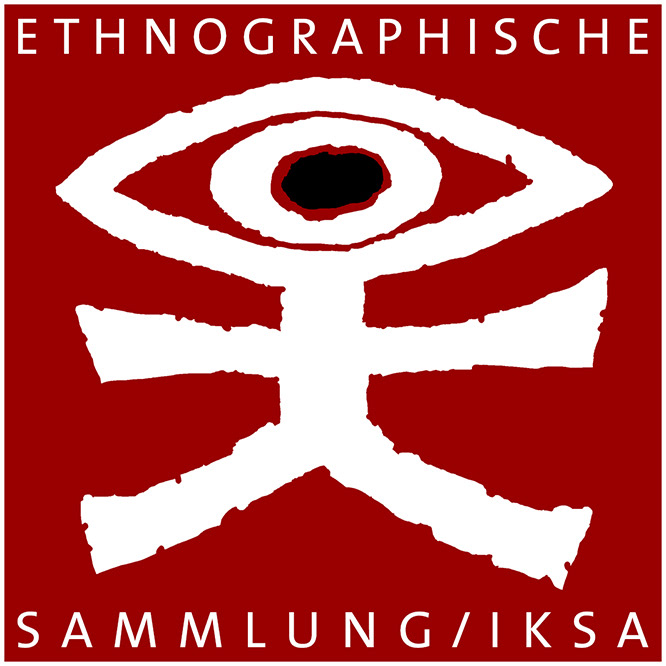 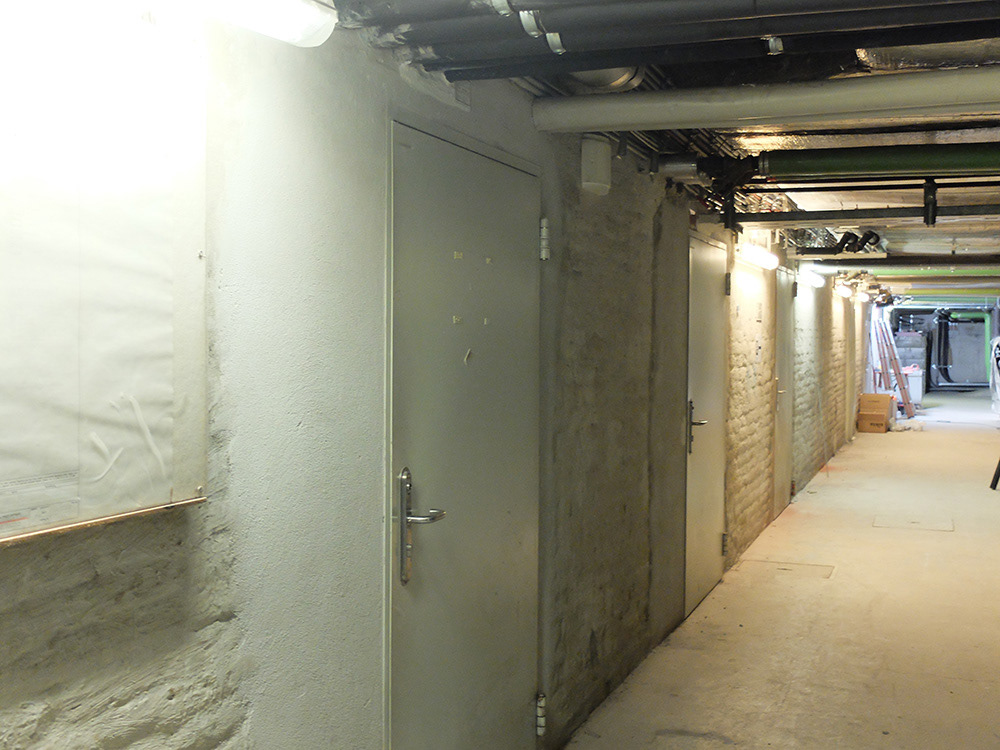 Basement of the New Institute Building (NIG), access to the depot of the Ethnographic Collection of the IKSA. Photo: Victoria Immervoll 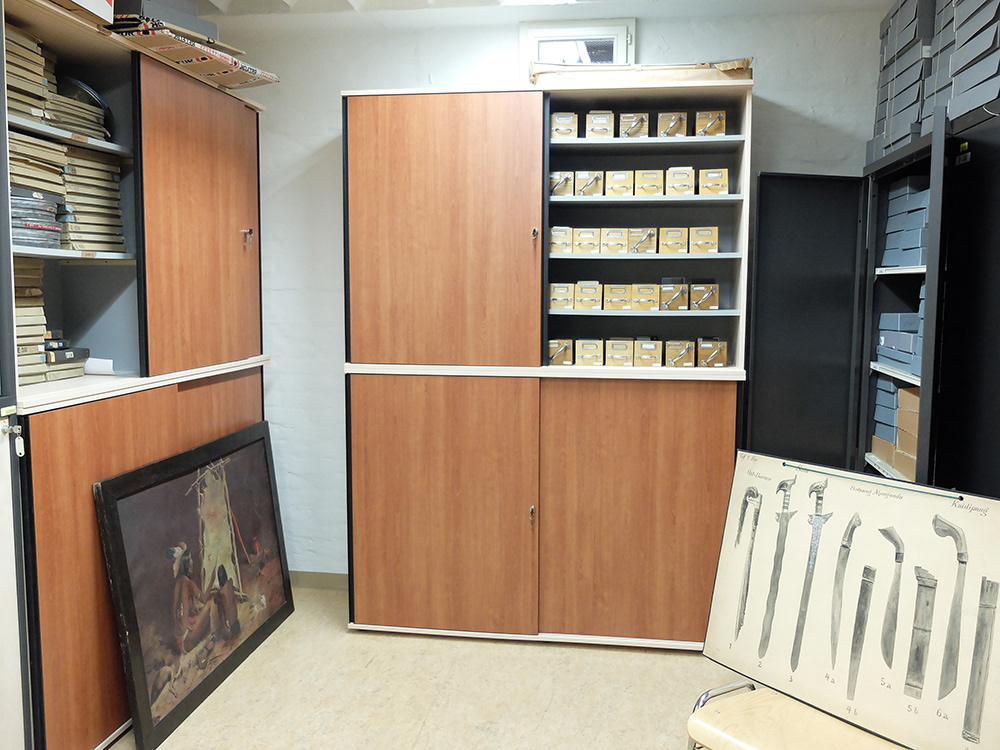 Archive of the Ethnographic Collection of the IKSA with archival materials, films and slides. Photo: Victoria Immervoll 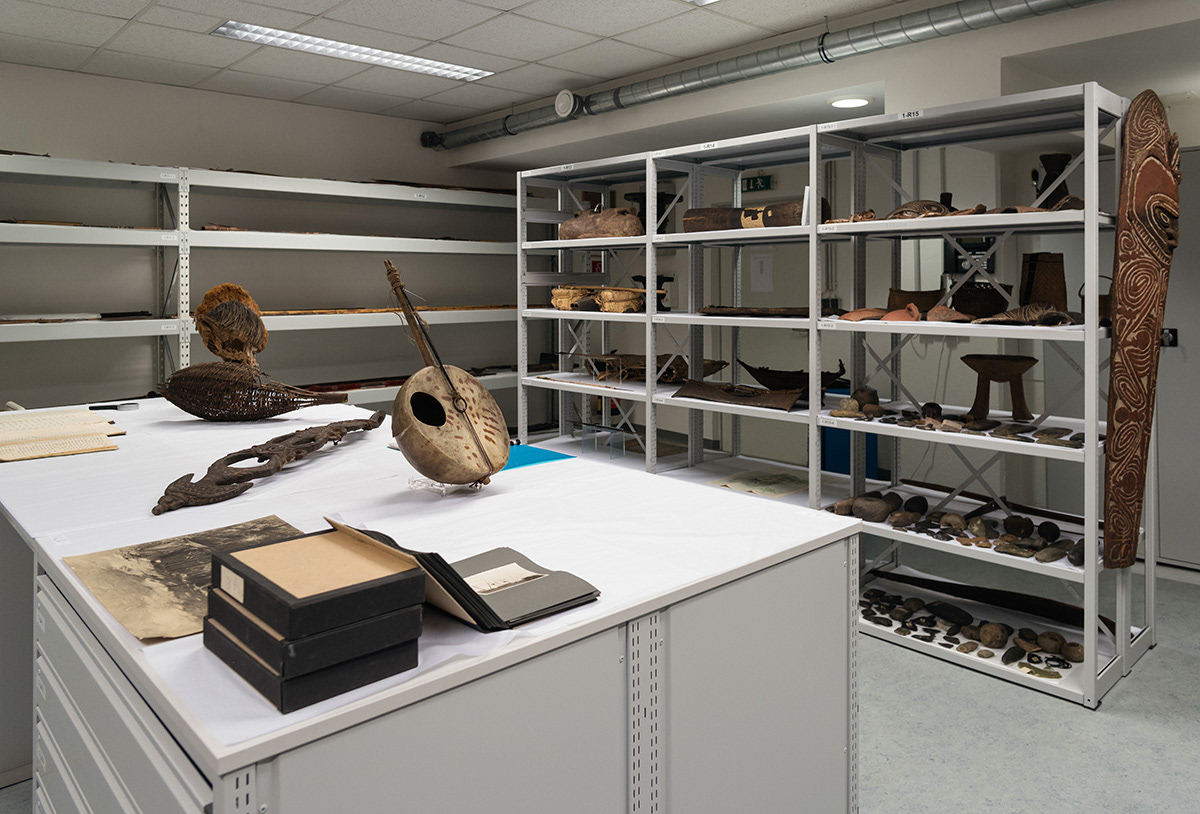 Object depot of the Ethnographic Collection of the IKSA. Photo: Wolfgang Kraus 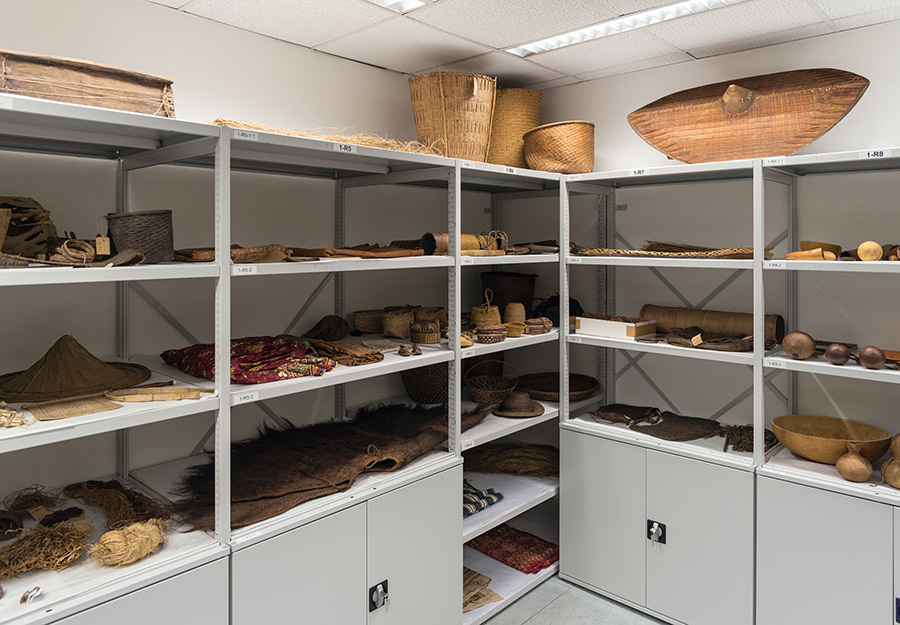 Object depot of the Ethnographic Collection of the IKSA. Photo: Wolfgang Kraus

In 1912, a chair for "Anthropology and Ethnography" was created at the Faculty of Philosophy of the University of Vienna. The Institute for Ethnology (today: Institute for Cultural and Social Anthropology) emerged from this in 1929. Father Wilhelm Koppers of the order Societas Verbi Divini (SVD) made a significant contribution to the university establishment of the subject. He served as the first director from 1929 to 1938. Together with Father Wilhelm Schmidt (SVD), he founded the "Viennese School of Cultural Circle Teaching", which shaped the discipline until the 1950s. This gave rise to today's Institute for Cultural and Social Anthropology at the University of Vienna (IKSA).
Parallel to the institutionalisation, a collection of ethnographic objects was established for teaching and research purposes, which still exists today. Among them are human remains, such as an over-modelled skull from the Sepik region in the north of Papua New Guinea. Human remains require sensitive handling for ethical reasons and for this reason, the skull is kept in the depot and not exhibited. In addition, provenance research has begun. So far, it has not been possible to determine exactly who collected it, when and under what circumstances. It is also not known how it came into the Ethnographic Collection. The materials used, as well as their workmanship, especially the painting on the front and a short note in the entry book, suggest a connection to the Iatmul ethnic group. The example of the modelled skull is intended to illustrate the problems that can arise through the course of provenance research with human remains and how these are dealt with in the Ethnographic Collection of the University of Vienna. Finally, the paradigm shift in dealing with sensitive objects in the field of cultural and social anthropology will be discussed and the Institute's collection will be presented.

Back: Mummies of KHM Vienna
Next: Sepik-Skull
↑Back to Top