Arrival and reburial of the Pienaars in South Africa

On the morning of April 20th 2012, the plane with the two coffins landed at the Oliver R. Tambo Airport in Johannesburg. Media interest was high at the convened press conference. The returning Pienaars were given a ceremonial welcome by Minister of Culture Paul Mashatile. Through extensive research, it was possible to locate the relatives in the Garieb region in the Northern Cape. Thus, an appropriate place for the reburial could be chosen. On August the 12th 2012, the reburial of the Pienaar couple took place at the municipal cemetery in Kuruman, in the Northern Cape province. In addition to family members and San representatives, the funeral was attended by South African President Jacob Zuma, Deputy Minister of Sport, Arts and Culture Dr Joe Paala, Northern Cape Premier Grizelda Gcjikela and the representative of the Austrian Embassy, Martin Gaertner. In his speech, President Zuma emphasized that a "painful chapter in South African history" could now be closed.
The South African historian Ciraj Rasool sees the return of the Pienaars to South Africa as a transformation of the dead bodies from objects of racist ideology to subjects of South African history. The significance for the nation lies in the assignment of the Pienaars to those dead who are essential for the South African culture of remembrance. Those dead who must not be forgotten. Rasool also emphasizes that repatriations of unlawfully collected human remains can contribute to the decolonisation of museums. It is a matter of overcoming the previous separation between anthropological collections and historical facts, thus finally allowing the dehumanised objects to become human beings again. 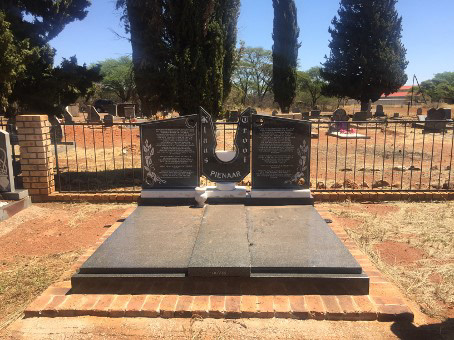 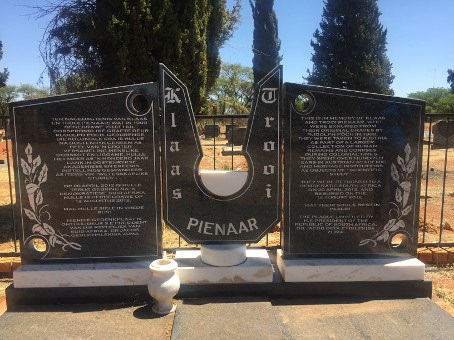 Back: Pienaar Südafrika
Next: Repatriation
↑Back to Top