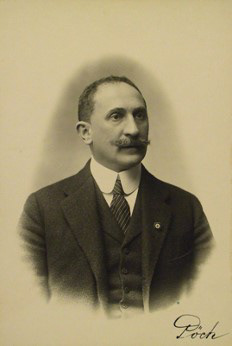 Photography of Rudolf Pöch. Provided by the University of Vienna 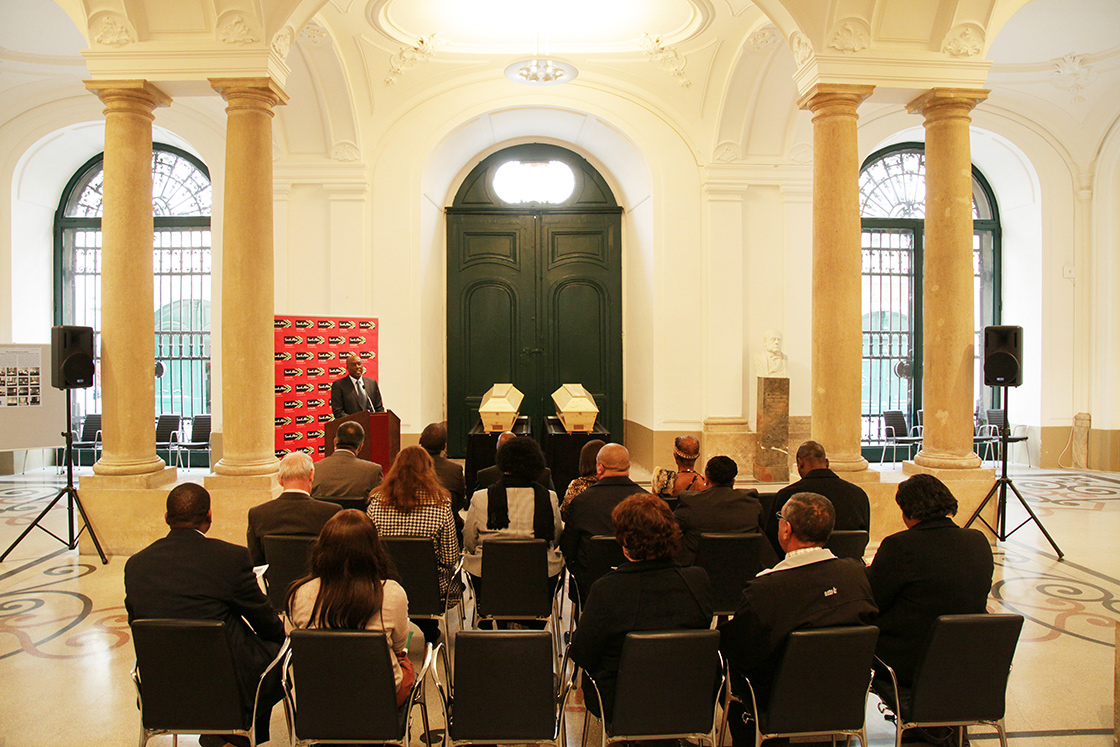 17.04.2012 Austrian Academy of Sciences. Handing over of the human remains of the Pienaar South African Embassy 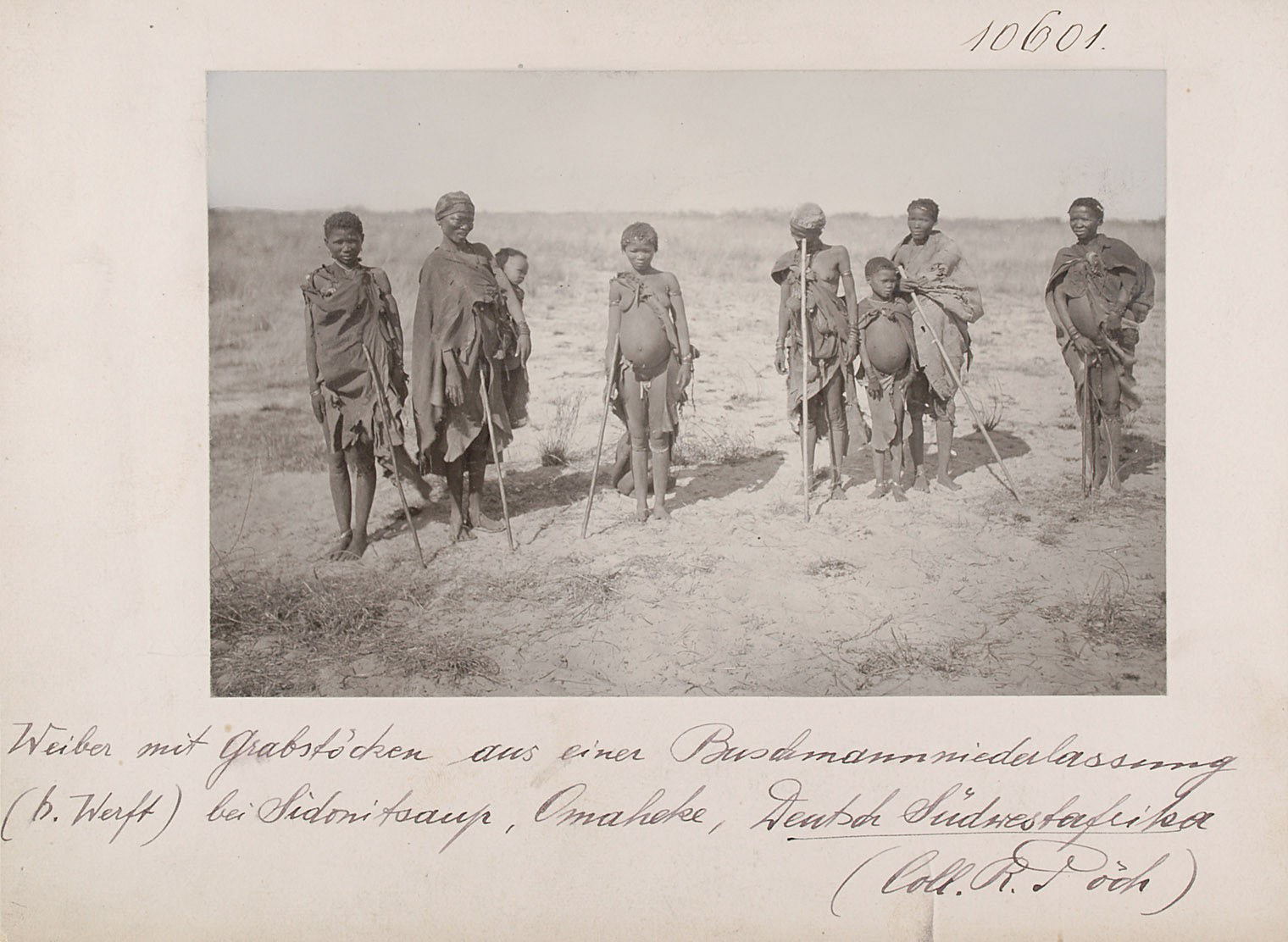 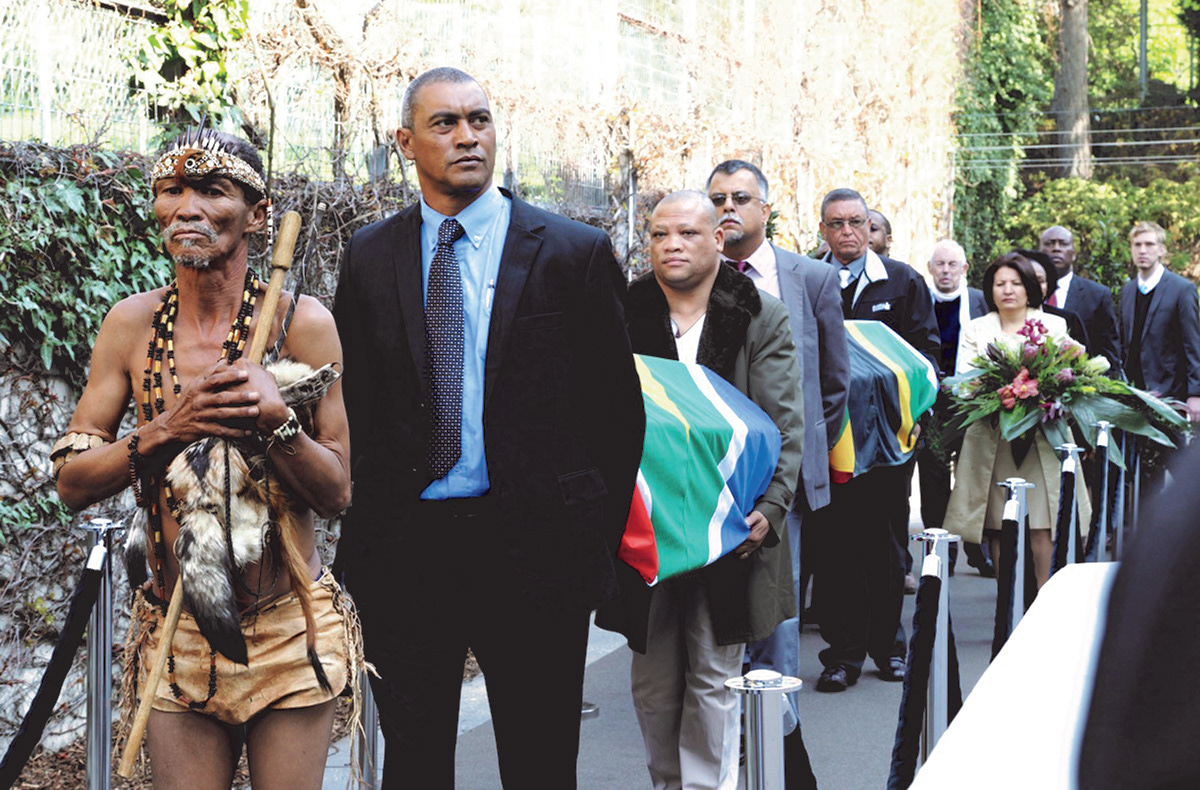 Traditional San healer Petrus Vaalbooi leads the exit of the coffins from the South African Embassy in Vienna on April the 19th 2012. Petrus Vaalbooi, Shane Christians, Abel Pienaar, Ciraj Rassool, Cecil Le Fleur, then cut off most likely Xolisa Mabhongo, next to him Pauline Williams and behind them Martin Legassick and Vusi Ndima and at the very back Niel van Zyl. 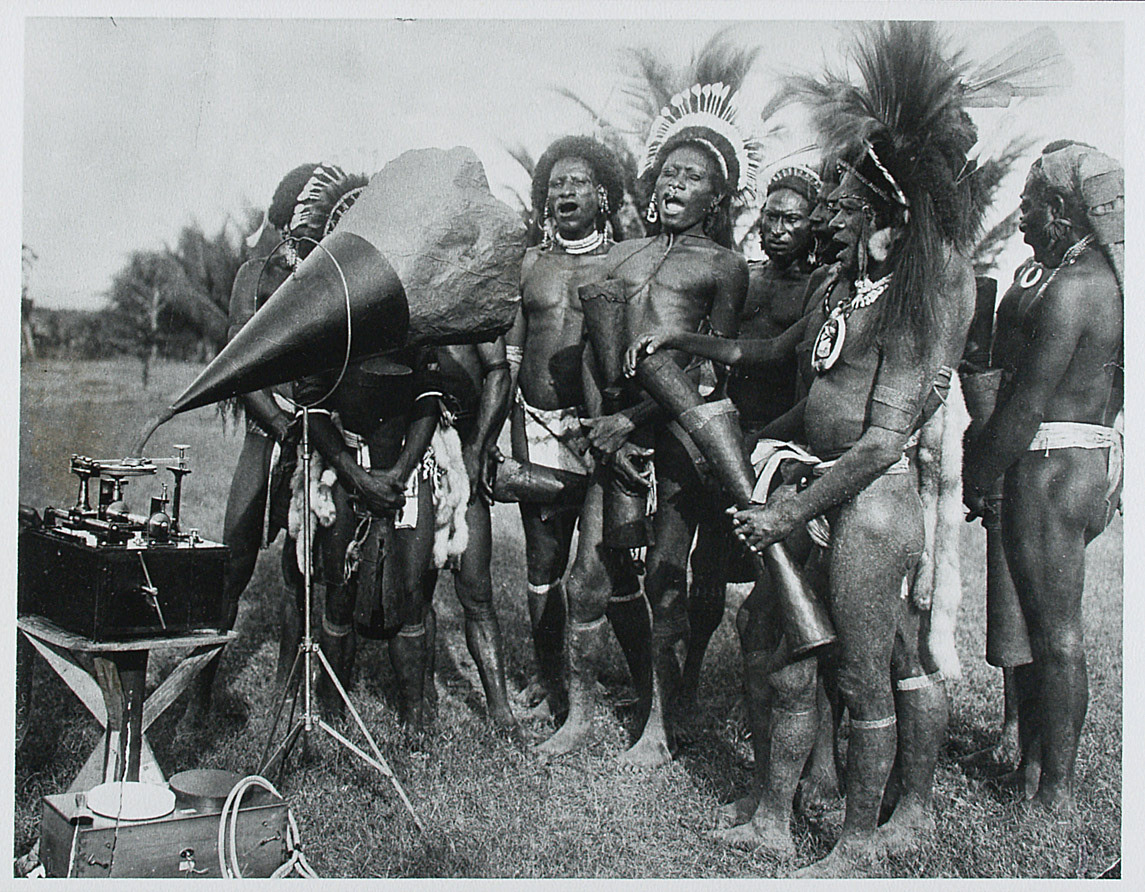 This sub-story deals with the repatriation of the mortal remains of the San couple Trooi and Klaas Pienaar to South Africa in 2012. On the one hand, the example shows the context of injustice of colonial collection practices. On the other hand, it demonstrates the political relevance of researching origins and coming to terms with the colonial past. In 2008, the San couple Pienaar was clearly identified. This was made possible by the provenance research of the Natural History Museum in Vienna. The cooperation of South African and Austrian scientists was the basis for this.
A major criterion for repatriation was the unethical collecting practices of the Viennese anthropologist Rudolf Pöch. His anthropological interest in Southern Africa was predominantly oriented towards the anatomical characteristics of the San, also known as the "Bushman culture"(obsolete term). The small stature of the San was interpreted by Pöch as an indication of their cultural originality. It should be emphasised that his methods were thoroughly unethical and extremely questionable.
The central focus of this section is on the ceremonial transfer of the mortal remains of the Pienaar couple to a delegation from South Africa. The three-day ceremony began on April the 17th 2012 on the premises of the Austrian Academy of Sciences. The event continued in the garden of the South African Embassy in Vienna. The ceremony was attended by descendants of the Pienaars, a traditional San healer, the scientific actors involved, and high political representatives of both countries. The repatriation of the Pienaar couple was intended to signal the will to strengthen the bilateral relationship between South Africa and Austria. The photographs on display in this basement recall the involvement of a distinguished Austrian scientist in acts of colonial violence in South Africa. In the past, Austrian scientists used the prevailing colonial power structures in the sense of a racially oriented science. It took over a hundred years before the remains of the Pienaar couple could be returned to South Africa and reburied.

Back: J. G. Schwarz
Next: Return Pienaar
↑Back to Top