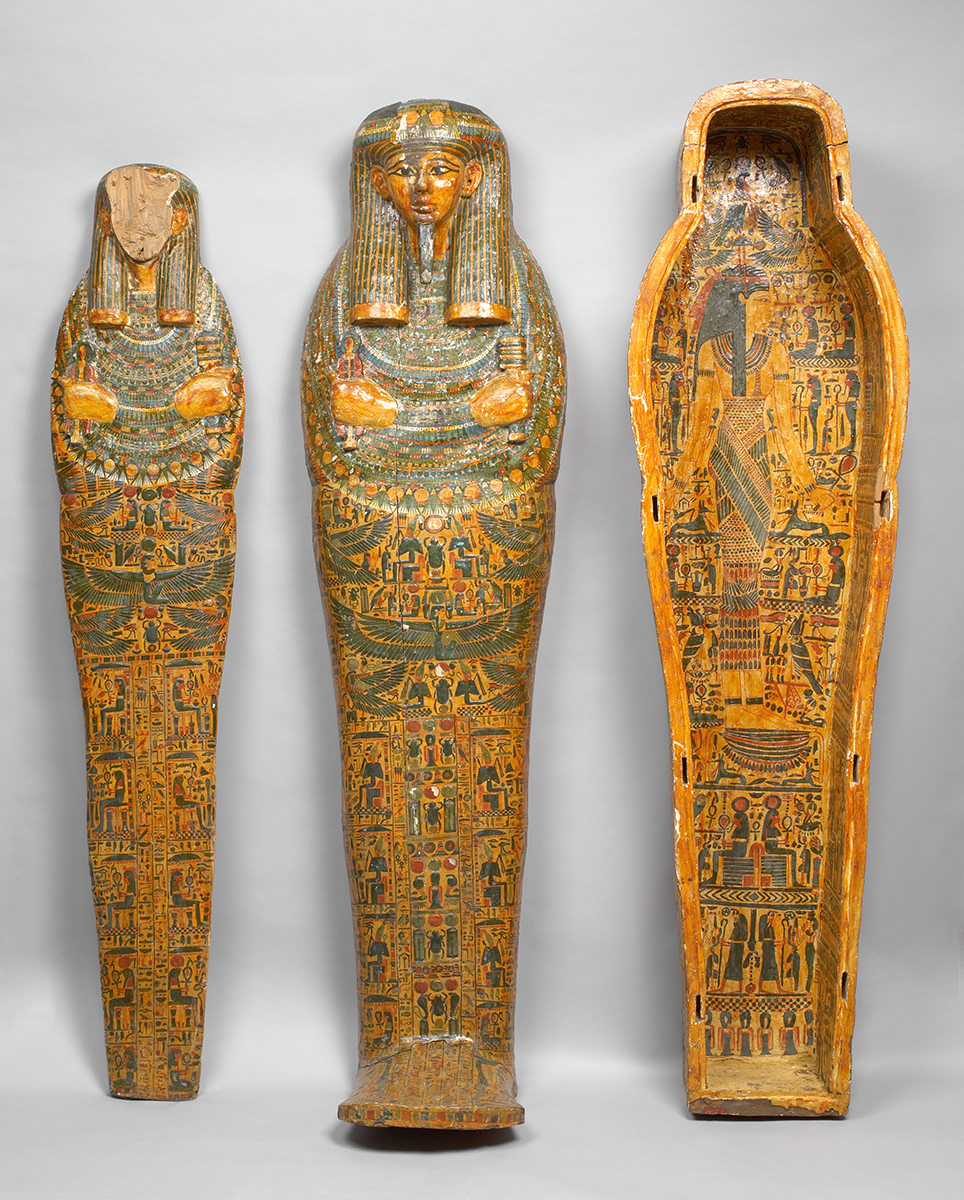 Mummy board of the Nes-pauti-taui © KHM Museum Association 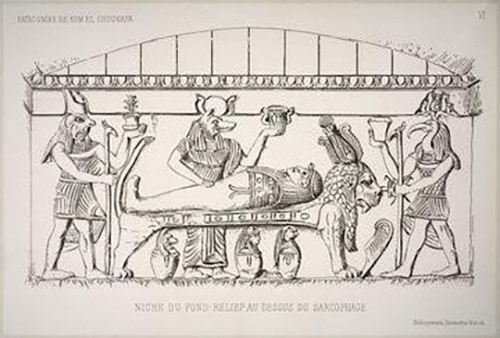 Mummies are human and animal remains of the deceased that have been protected from decomposition. Preservation can be brought about artificially, as found in ancient Egypt, in Chile or also on the Canary Islands. But natural circumstances can also contribute to preservation, as in the case of bog bodies, "Ötzi" who was encased in ice, or mummies preserved in desert sand. Debates around human mummies as museum and collection objects are less present than those around other recent human remains. On the one hand, the unquestioning display of mummies is accepted in these discussions, but on the other hand, there is the attitude of a humanising view that rejects the showing of mummies on ethical grounds. Mummies were not initially included in the ethical guidelines of museums and associations for handling human remains. Arguments against exhibiting them mostly refer to the ideas of the society of origin.
In ancient Egypt, the process of mummification was a ritual activity that could take up to seventy days. The individual steps were: Washing of the corpse, removal of the brain, pouring of anointing oil into the skull, removal of the viscera, second washing, draining of the corpse with sodium bicarbonate, third washing of the corpse, anointing of the corpse and organs, stuffing of the body cavities, closing of the incisions and the bandaging of the mummy. This last step alone took up to fifteen days. The ancient Egyptians believed that the deceased needed their bodies for the afterlife. Therefore, they tried to preserve dead bodies as well as possible. The mummification process has evolved over thousands of years and is closely linked to religious beliefs. Despite this religious significance, Egyptian mummies are exhibited in many places. Mummies of the royal dynasties, for example, can also be seen in Egyptian museums. In some cases, museums try to sensitise visitors to the fact that they are dealing with a dead person by displaying the mummies in a separate room and creating a reverent atmosphere.  The human remains are found in archaeological excavations and often there are no direct descendants, because the society of origin no longer exists. It is often argued that the "post-mortem protection of personality" expires with the fading of memory after four generations, a good hundred and twenty-five years. The debates surrounding the man from Hauslabjoch "Ötzi" also do not appear as pronounced and prove a different character.
According to Egyptologist Salima Ikram, the return of mummies is not only of national and moral importance for Egypt, but also of economic importance. Internationally, there have been several returns. Among them was the mummy of King Ramses I, which was returned to Cairo from the USA. However, most of the returns are not mummies, but art objects.
When dealing with and displaying mummies, some universal questions arise regarding human remains. Whose morals and beliefs must be respected, those of the deceased or those of the living? How long should the dignity and bodily integrity of a deceased person be preserved? How should the relationship to scientific knowledge be assessed? In what form should mummies be exhibited in the future?

Back: Rudolf Pöch
Next: Claims & Restitution
↑Back to Top